The future of psychometric testing in recruitment and HR

Home The future of psychometric testing in recruitment and HR 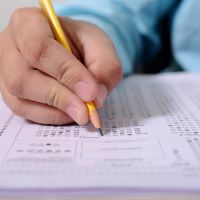 Psychometric testing in recruitment has been around for a long time. The first tests of this kind were developed at the University of Cambridge in the 1880s and have continued to grow in popularity as a method for organisations to leverage psychological theories to deduce which candidates are more likely to succeed in their new role and whether they will be the right fit for the company.

They are undeniably a potentially powerful tool in recruitment and can be very effective in helping to make recruitment decisions. In fact, many companies are now using psychometric tests for all employees, not just executive level. However, recruiters should proceed with caution; there are a few things you should know before investing in them and deploying them across your organisation.

What are the different types of personality test?

An employer can use different tests to determine a candidate's job suitability including verbal reasoning, logical reasoning, situational judgement and numerical reasoning. Today, there are two main kinds of psychometric tests: aptitude and personality. Generally speaking, aptitude tests measure people’s cognitive ability. They’re usually taken in exam-like settings and produce a set of results or scores. Test results are often compared to a standard. IQ tests are probably the most widely known form of aptitude testing.

Personality tests, as you might guess, explore aspects of someone’s personality. In a recruiting context, personalities are often evaluated to determine if that person would be well suited to a specific team or position. Candidates are usually presented with a series of statements and they must indicate the extent to which they agree or disagree. Some of the most popular personality tests include the Myers-Briggs Type Indicator (MBTI) and the Big Five personality traits.

What are the benefits of using psychometric tests in recruitment?

The appeal of psychometric tests is obvious. The prospect of obtaining the top talent for a business and ensuring employee retention is too good to resist. There are several reasons why businesses and recruiters far and wide are implementing testing as part of their recruitment process, not least because they:

Someone who scores very low on agreeableness and high on neuroticism probably isn't the best choice for a salesperson, for example. On the contrary, those scoring highly in conscientiousness are unsurprisingly predicted to be well suited to many jobs. This is the bread and butter of psychometric testing: put someone in a box, calculate how previous box occupants have performed in other jobs and make inferences about this person’s potential performance and suitability from that data. The use of a psychometric test can be handy for everything from filtering out weaker candidates in large-scale hiring processes for junior positions to delving deeper into the minds of finalists for executive roles.

Psychometric tests provide a rounded view of a candidate, revealing their logical processes, aptitude for problem-solving, and ability to interpret and analyse a range of data. Just as importantly, they also provide an insight into their personality traits, integrity and how they might fit into an existing team.

Are psychometric tests really as useful as they seem?

The objective effectiveness of psychometric tests is murky. Many experts in the industry have warned that those who aren’t aware of the limits of psychometric tests or use them without a clear goal in mind are at risk of relying on them too heavily. Over-usage of aptitude testing can put potential applicants off, and unnecessary personality assessments can even emotionally damage applicants. With this in mind, anyone who evaluates potential employees with psychometric tests must do their research on what the tests really measure, what the role you’re testing for really requires and the statistical robustness of the test you’re using.

The biggest factors you need to consider before fully embracing psychometric testing as part of your recruitment process are:

Be wary of claims made by providers of psychometric tests that are rooted in ‘science’. When it comes to the science of psychometric tests, think less Newton’s laws and more theories, hopes and dreams. The psychological constructs that the developers of these tests discovered have not necessarily been proven. They likely exist, but perhaps not in the way that we expect or are led to believe. Despite the multiple benefits these tests genuinely offer, they still make mistakes, and human judgement is crucial to cut these out.

How could psychometric testing in recruitment help you in the current market?

As we come to the end of 2021, the professional jobs market is highly competitive, which can render the recruitment process challenging for employers. Hiring someone who looks like a safe bet but struggles to settle in or, even worse, disrupts the team can be a costly and time-consuming mistake that employers need to avoid.

Companies right now are expected to fight in the rather melodramatically termed ‘war for talent’ – if you’re in the fight, then psychometric testing can act as your infantry. There are, of course, many other ways to fight this battle, with employer branding and talent acquisition being just some of many other strategies you can deploy to attract the best. That said, with talent in such high demand, you might as well use every means at your disposal to ensure that you are making the right decisions.

What is the future of psychometric testing in recruitment?

As well as the more generalised overview of your candidates that psychometric testing allows, some of the tests adopt a gamified approach to assessment. Situational judgement tests, for example, can involve the candidate entering a virtual reality workplace where they 'meet' colleagues and make decisions based on what they see and hear.

It is thought that recruitment practices will continue to develop over time to include more game and virtual reality psychometric assessment methods. Although traditional recruitment methods are still widely used, it is undoubtedly only a matter of time before more sophisticated techniques are considered standard.

Here’s what we think…

As with many other things in life, a multi-pronged approach is best. Rather than focusing on just one mechanism to evaluate your potential employees, don't put all your eggs in one basket and assess their strengths and weaknesses in multiple ways. Ideally, combine psychometric tests with regular interviews, on-the-spot problem solving, presentations, and consultation with other team members during the recruitment process.

How can we help you?

If you're looking for exceptional new talent in Surrey, we can help. Here's how we can work with your business to support your recruitment as an extension of your HR team. You can call us on 01932 355000 or email hello@amber-employment.co.uk.

Be notified when we add new articles

Amber Employment Services offer a professional and reliable recruitment solution. Their continued success within our organisation is through the careful selection of high calibre candidates and a thorough understanding of the business requirements. We would have no hesitation in recommending them.

It's not often I'm lucky enough to feel compelled to write and say thank you to a recruitment consultancy, but I want to say well done and a big thank you to the team at Amber. Not only did you quickly and easily understand our person specification and job description, but you filled our vacancy with an ideal candidate. This is particularly impressive given that the sector we work in is very specialised and consequently, in the past, we have only ever used very specialist companies to recruit for us. In the future, I will have no hesitation in appointing Amber to look for any further more specialised vacancies that arise. You have always comprehensively met our recruitment needs for general office staff, but I am delighted that we can now place all our vacancies with Amber with confidence.

Out of all the agencies I went to, Amber has been an inspiration to me. You never gave up the fight to find me a role and you knew my personality and what I was looking for. You know what you are doing and how to get it done. Thanks again for your help, support and most of all your determination.

Amber has taken the time to understand my requirements, my career history and what I want for the future. The most noticeable quality that differentiates Amber is their understanding of the importance of communication at such a sensitive time. My 10 month placement is coming to an end and I look forward to my future with the helping hand and support from the Amber team. I would recommend them to anyone looking for work. Thank you for all your hard work.

I am pleased to say by using Amber we have just completed a very successful recruitment programme to find three new staff. My sincere thanks for conducting business in a smooth and professional manner; understanding the brief, listening to my guidelines and appreciating the company culture. As a result - an enjoyable and rewarding process, a point echoed by the candidates who equally had very positive feedback. Amber is a welcome change after previous disappointing experiences in the world of recruitment, and I would certainly recommend them.

My company has been using Amber for many years, both for permanent recruitment and to fill temporary vacancies. The consultants at Amber have always listened to and understood the brief for our vacancies and this has been shown by the high quality and suitability of the candidates they have put forward. Amber are the sole agency we use to fill our temporary vacancies; they always send someone that is suitable and reliable. We trust their judgement completely, never needing to interview for a temporary vacancy, and have never been disappointed.

This site uses cookies to store information about your computer.

These cookies are necessary for the website to function and cannot be switched off in our systems. They are usually only set in response to actions made by you which amount to a request for services, such as setting your privacy preferences, logging in or filling in forms. You can set your browser to block or alert you about these cookies, but some parts of the site may not work then.

These cookies allow us to count visits and traffic sources, so we can measure and improve the performance of our site. They help us know which pages are the most and least popular and see how visitors move around the site. All information these cookies collect is aggregated and therefore anonymous. If you do not allow these cookies, we will not know when you have visited our site.